DOMA and Social Security Benefits for the Disabled 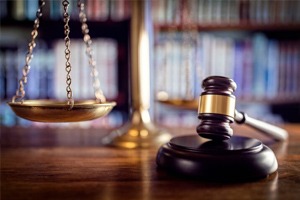 On June 26, 2013, the Supreme Court issued its controversial decision in United States v. Windsor, invalidating the definition of marriage formerly established by the DOMA laws.

Consequently, the Social Security Administration (SSA) is no longer prohibited from recognizing same-sex marriage for determining benefits. The Acting Commissioner of Social Security, Carolyn W. Colvin, issued a statement on payments to same-sex couples on August 9, 2013, stating “I am pleased to announce that Social Security is now processing some retirement spouse claims for same-sex couples and paying benefits where they are due. The recent Supreme Court decision . . . helps to ensure that all Americans are treated fairly and equally, with the dignity and respect they deserve.[i]

The Windsor decision is monumental for those who are now entitled to benefits that they were not eligible for previously filed on or after June 26, 2013, including auxiliary and spousal benefits. However, this change also affects how offsets are calculated for Supplemental Security Income (‘SSI’) payments. As a result of the Windsor decision, SSA is now able to approve some husband’s and wife’s claims in same-sex marriages.[ii] In order to be eligible, applicants must meet all factors of entitlement, and must have been married in a state that permits same-sex marriage as well as domiciled in a state that recognizes same-sex marriage, either at the time of application or while the claim is pending a final decision. The following chart outlines the states that recognize same-sex marriage from any other states and permitted in that state:[iii]

[i] Ms. Colvin further highlights “[w]e continue to work closely with the Department of Justice. In the coming weeks and months, we will develop and implement additional policy and processing instructions. We appreciate the public’s patience as we work through the legal issues to ensure that our policy is legally sound and clear. I encourage individuals who believe they may be eligible for Social Security benefits to apply now, to protect against the loss of any potential benefits. We will process claims as soon as additional instructions become finalized.”

[ii] Active and retired governmental employees in same-sex marriages are now able to extend automatic coverage for health insurance and other benefit programs to their spouses and children Note that the Federal Employees Retirement system incorporates Social Security benefits, which encompasses nearly nine-tenths of federal employees, while the Civil Service Retirement System does not include Social Security, covering about four-fifths of the current retired population. Employees were given until August 26, 2013 to make specific changes, including from individual to family, to enrollment or they must wait until November when the annual benefits open enrollment begins.

[iii] See POMS GN 00210 BASIC, https://secure.ssa.gov/apps10/public/reference.nsf/links/08092013111040AM. Further, once the above criteria are satisfied, a claimant for spousal benefits must also meet the one-year duration of marriage requirement prior to the adjudication of the claim. The one-year duration of marriage requirement begins on the date the couple was married and the date of filing an application. Do not consider the date of the Windsor decision for purposes of determining entitlement.